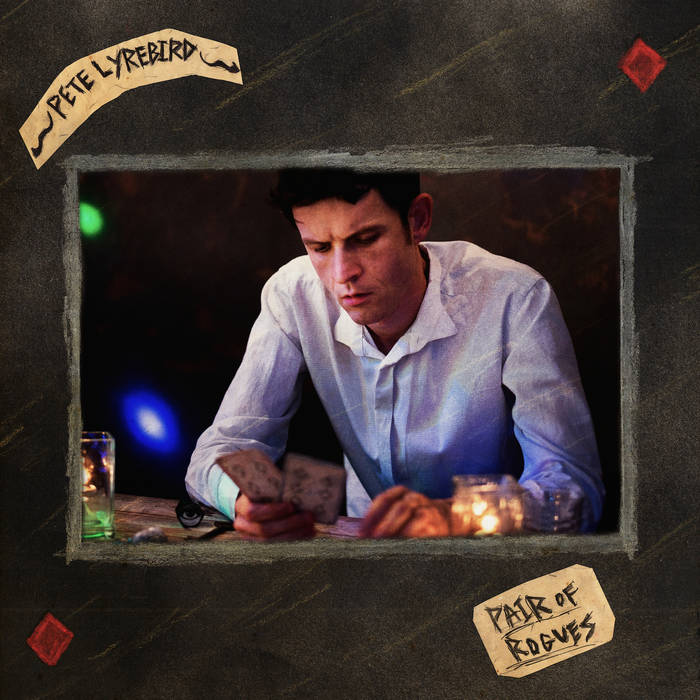 Pair Of Rogues was recorded over 2016 and 2017 at Hive Studio in Preston (Melbourne). The process was both highly structured and improvised... The lyrical songs are the product of a detailed writing and development process. The lead vocal and instrumental were recorded as live performances and the prelude tracks are the product of pure improvisation – an exercise introduced during takes for the sake of bringing more atmosphere and spontaneity to the sessions. Fundamentally, these are live performances.

The title, Pair Of Rogues, refers to the type of characters that the lyric driven songs depict. That of ‘roguery’. One who, either physically or existentially, brings about their own destruction (and often others) through an obsessive belief in the power of some sublime delusion or conviction.

The songs conjure aural journeys and worlds through the merging of ancient, modern and original musical ideas and forms. Pygmalion depicts a tragic reimagining on the fate of the sculptor from Greek myth... Reid’s vocal narrates his plight while a heavily delayed old guitar drives the songs pulse. The haunting combination of Kirri Buchlers violin and Steph Brett’s backing vocals provide melodic layers that seem to reach through time and awaken some ancient memory. On He Eats Money, monolithic spires of bombastic synth crash with unrelenting waves of piano, while Pete’s grandiose vocals recount the seemingly hollow but picturesque existence of a man who’s learned to survive by eating piles of money. Framing these tracks are the instrumental preludes... improvised pieces that lull the listener down a mood soaked corridor, until they enter a space where the lyrical songs play out.

These are songs best experienced like lucid dreams, ideally as one reclines in a comfortable chair with the beverage of their choice, deep in the quiet of evening. He Eats Money can also work well if one chooses to pace back and forth like a caged beast.

Thanks to Robbie and all at Hive Studio, all at Penarth Haven, Natalie Diamond and co’ at House Of Maximon.

Bandcamp Daily  your guide to the world of Bandcamp